News/Events
You are here: Home1 / News/Events2 / Uncategorized3 / ‘Education is the most powerful weapon that you can use to change the w...

Karina is participating in the Gold Global Citizen Award. This is the third of her Global Blogs from South Africa.

It’s is just a few days since I have returned from a month volunteering in Rustenberg, an industrial mining city in South Africa’s North West Province. In this time I have been asked a plethora of questions, ranging from ‘How many houses did you build?’, ‘Ack, did you not want to take them (referring to young children in pictures) home in your suitcase?’ to ‘What is the one thing that you witnessed that will stick in your mind the most?’.

This blog will focus on the latter question. What has affected me the most? The answer is simple. On Thursday 23rd July I had the pleasure to listen to Jacky Diale (Co-ordinator of Orphan and Vulnerable Children Centres in three large informal settlements, Freedom Park, Boitekong and Ledig, surrounding the mineral rich city of Rustenberg) talk at length about her arduous work and the most pressing issues facing young people in informal settlements. She concluded that a lack of formal documentation (Identity Number) leaving children unable to complete their Matriculation Examinations, which mark the end of their secondary education and essentially the beginning of a prosperous life full of possibilities, despite being able to attend school until this point (Grade 12) is the biggest barrier that children living in informal settlements encounter. She attributed this to the fact that ‘no matric certificate’ (the equivalent of the Irish Leaving Certificate and the basic entry requirement to a Bachelor’s Degree at any South African University) is deemed to be a root cause of a myriad of other problems such as unemployment, which is habitually linked to substance abuse (alcohol and drugs) stemming from idleness, which is then linked to engaging in risky sexual encounters, which are inextricably associated with the diffusion of HIV/AIDS, the most pressing illness afflicting the country.

One must also ponder how in the twelve academic years preceding Matric children would garner motivation to study contentiously knowing that they are unable to sit the examinations. I, for one, could not imagine spending months in a library researching and writing a dissertation if I knew that there was no hope of ever donning a gown, walking across the stage to collect a degree and graduating.

This aforementioned Identity Number plays a crucial role in South African society.  This is aptly demonstrated in the image below (Fig. 1). It shows that it is not only needed to complete the ‘Matric’ examinations but it is also a prerequisite to apply for all sorts of jobs, for example, without an ID Number you are unable to open this job application to work in an ‘Entry Level position’ in Shoprite (the South African Asda if you like). 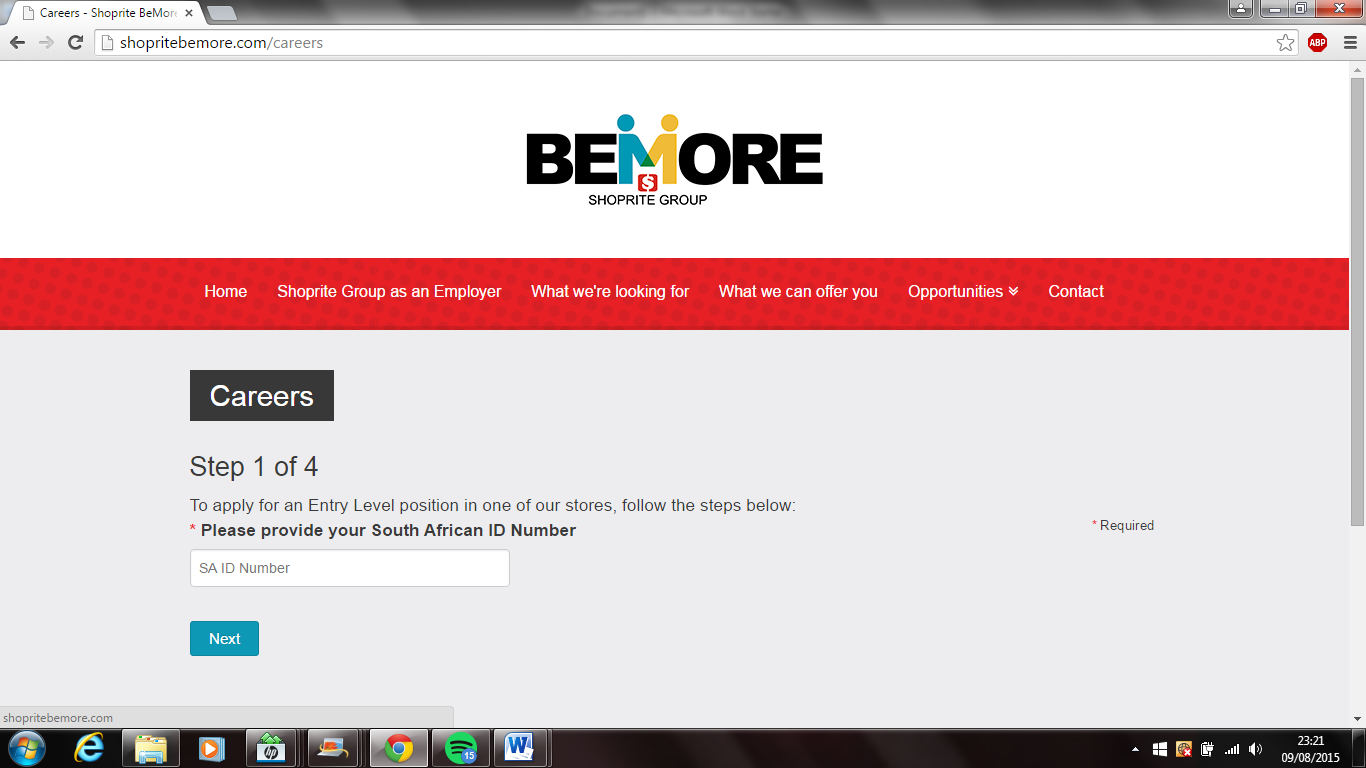 Fig.1: An Identification Number is needed to apply for all jobs in South Africa

However, before even getting to the stage of examinations one must contemplate what does it take to get a child out of the house and into a classroom? The answer includes, but it not simply, money. Of course a substantial amount of ‘Rand’ is needed to purchase materials such as books, sports equipment and school uniforms. Also, many schools in South Africa are fee paying (see Fig. 2) but the rules to qualify for an exemption are strict. The formula is as follows: if the combined income of parents is less than 10 times the annual fee then an exemption applies, if it is more than 10 times but less than 30 times a reduced fee applies and orphans are exempt from fees. However, more importantly emotional and practical support from parents or guardians is needed. For example, literacy skills (reading, writing and basic maths) are required to comprehend correspondence coming from the school, budget to ensure that money is set aside for expenditure associated with schooling (uniform, fees, bus etc.), proficiency in the local language through which the majority of subjects are taught is needed to assist children with their homework. This puts migrants (even internal migrants as there are 11 official languages in South Africa) at an educational disadvantage. A basic education is also required to assist students with more complex subjects. However, according to the 2011 Census just 35.2% of black South Africans has completed secondary or higher education. From a cursory glance at the Department of Basic Education’s website a number of things in the ‘How can you play a role in the education of your children’ struck me, including ‘create a home environment that is conducive to studying’. Creating an environment ‘conducive to studying’ is simply impossible if you are living in an overcrowded informal settlement without access to electricity which provides light to study and water to cook nutritious meals to ‘fuel’ the brain. 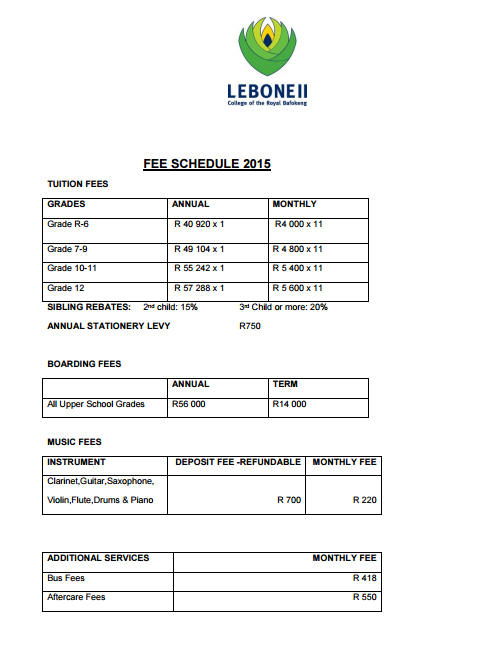 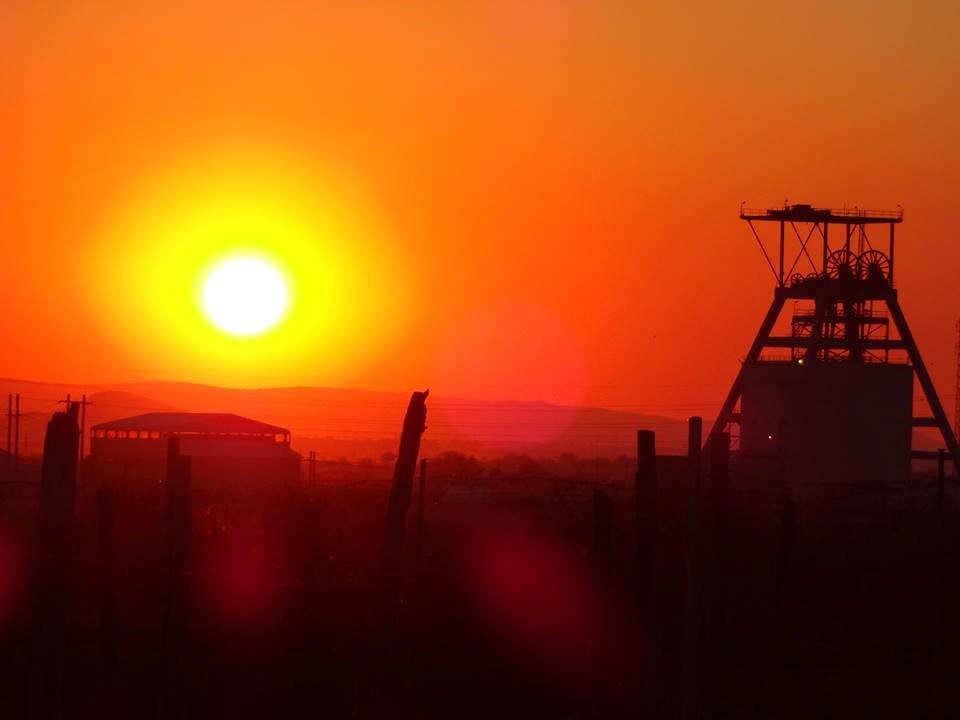 So the sun has set on my time in South Africa (for now anyway!). However I cannot help but think of all the young, diligent, passionate and enthusiastic children that I seen thronging into school every morning who owing to their lack of formal documentation are denied the opportunity to sit such an important set of examinations. Mandela, an icon for so many of these young people, opined at a United Nations Luncheon in 2002 that ‘History will judge us by the difference that we make to the everyday lives of children’.

Unfortunately, despite the government spending over one fifth (21%) of the national budget in 2013 on education an immeasurable number of children without formal documentation continue to fall through the gaping cracks in the system. Thus, despite the Department of Basic Education’s tagline that ‘every child is a national asset’ until something is done to address the ‘documentation problem’ the country will fail to improve the lives of these children because as the official Matric website states that ‘education is important to you and your future. Finish your matric successfully so that you can build a great future for yourself’. 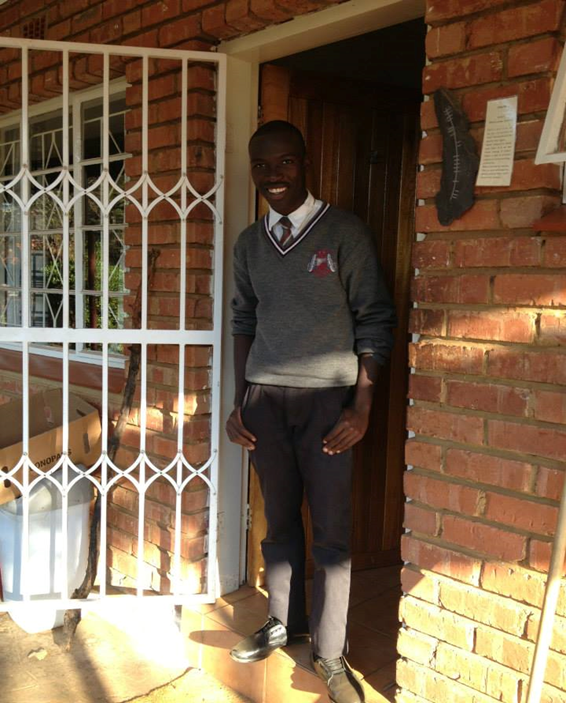 Rebaona ‘MacD’ Moatshe a student who lives in Tsholofelo Community

This is a picture of Rebaona ‘MacD’ Moatshe a student who lives in the Tsholofelo Community (a partner of SERVE) taken in July 2014 when he was in Grade 11. He is now in Grade 12 and in November 2015 he will complete his Matric Examinations at the Bafokeng High School, Phokeng. He hopes to study Law at University. I wish him every success with his studies!