Reflections from an Irishman in Mazabuka

You are here: Home1 / News/Events2 / Development News3 / Reflections from an Irishman in Mazabuka 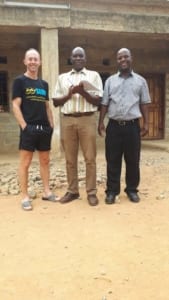 ‘Does Santa come to Ireland?’ ‘Yeah, does he come here?’ ‘Nah, he doesn’t come’ was his reply in a manner as casual as though he were talking about the weather. I didn’t need reminding of the many differences between Zambia and Ireland, but this kid had bluntly provided one, whether I liked it or not. Of course, the reality of what happens at Christmas will be different for children all over Zambia and indeed the world, depending on their family’s socio-economic status. But it’s hard to imagine the absence of Santa Claus in the life of an Irish child on that magical day every December. I suppose the habit of making comparisons to one’s place of origin or to one’s internal sense of normality is naturally ingrained into the psyche of the individual regardless of where you lay your hat. And I am no different.

Since arriving in Mazabuka, Zambia over two months ago, I have been challenged, frustrated, amused and educated. Sometimes all in the same afternoon. Coming to another continent to work in a voluntary capacity does not present the same stresses and difficulties as someone having to move out of necessity but it does present challenges and complexities of its own. But such adversities present opportunities for learning. Learning about a new environment and its cultural norms, but more especially, learning about yourself. Here in Mazabuka, the pace is, let’s say, shifted down a gear (or two). And for a westerner such as myself accustomed to, and probably even requires some level of psychological chaos to function effectively, I can tell you it’s taking some getting used to.

So, the challenge is not to expect the same degree of urgency as I have become acquainted to back home. Things will get done. They just may take a little longer. Maybe it’s a personal opportunity to evaluate the pace we operate at home and refocus on the smaller more important things in life. Not that we don’t value them but perhaps in the day-to-day rat race we often overlook them and take things for granted. Here, the luxury of taking things for granted is scarcely afforded to its people. The less you have the less you can take for granted, and many here have very little. Which makes their appreciation of life and the little they have very admirable indeed. One could certainly take a leaf from their book in this regard.

In Europe electricity determines our daily routines. It’s there! Constant and ubiquitous. Save for a disruptive storm or some scheduled upgrading. So, getting used to routine power cuts has been a challenge. But I won’t complain considering that I at least have access to a power supply. As with other parts of the world with an irregular (at best) power supply, most people here live by the rise and fall of the sun. By 6am the roads and dirt trails are busy with traders going to the markets to begin the day’s trading. Most schools begin about 7am but are already teaming with children well in advance of the start time. Many arrive early for breakfast, usually porridge, which may be their only nourishment until returning home later that afternoon. If hunger is bothering these kids it appears they have perfected the art of hiding through beaming smiles and cries of laughter. Through hardship, resilience flourishes.

The unequivocal fact that ‘everything is relative’ is borne out everywhere I look here. What constitutes ‘out of date’, ‘useless’ or let’s face it, ‘scrap’ back home presents an opportunity here for someone to perhaps turn over a tiny profit, but one they will be most grateful for. It could mean the difference between having supper that evening or not. Adversity has tuned mindsets to such a degree that a use can be seen in everything, and that use is how many make a living or how countless provide for their existence. But when poverty and hunger are interwoven in life, and I mean when poverty and hunger are the only life one knows, then the choice of living or dying is a reality that can bring out the best or worst in people. From the people I’ve met, I can testify to their burning desire to survive amidst the hardship and I admire their unshakable sense of hope for what tomorrow may bring.

Let’s hope it brings what they pray for.