SERVE supports projects in two locations in India. The majority of SERVE’s partners work in Bangalore and the surrounding rural area. SERVE also have an important partner in the town of Thodupuzha in the state of Kerala. The partners work in the following sectors:

Each of SERVE’s partners in India work with those who are most vulnerable in society. SERVE offers both financial support and capacity building assistance to help these partners implement appropriate strategies to offer hope and dignity to those most in need.

APD has been working in Bangalore since 1959 to facilitate the needs of seriously disabled people, to recognise their potential and help rebuild their lives.

APD does this through medical intervention, appropriate education, vocational training and financial and emotional support. As 75% of India’s disabled population are located in rural areas, in 1989, APD began a ‘rural rehabilitation project’ which cover 150 villages directly and 100 villages indirectly by networking through local authorities. APD focuses its work on networking and advocacy, skills training, education and employment, therapeutic Services and wheelchair services provision. SERVE supports APD’s rural rehabilitation programme by helping to construct rehabilitation facilities and provide essential equipment and training. The SERVE volunteers that have been placed with APD in the past have been students or qualified Occupational Therapists, Speech and Language Therapists and Teachers.

For more information on the work APD carry out at promoting the rights of people with disabilities in India visit http://www.apd-india.org

The Jyothi Seva School is run by the Congregation of Polish Franciscan Sisters, and is dedicated to the education, rehabilitation and care of the visually challenged and mentally disabled children. The School began in 1991 and operated out of a small single house but in 2003 a new school building was inaugurated and the Jyothi Seva project now operates a hostel and school for 80 children. Visually challenged children from the age of 3 are admitted to the primary school and receive free education, according to the State syllabus. Older children receive an inclusive education at a neighbouring high school. In addition to formal education, children also receive extra-curricular training e.g. life skills, physical training, music, dance, drama and arts & crafts, alongside skills training for the visually impaired which includes classes in Braille, mobility and computers. The SERVE volunteers that have been placed with Jyothi Seva in the past have been students or qualified Primary School students. The volunteers would fit into the existing school timetable and would take classes with the students in English, Art and Crafts, Music, Maths and Braille. The school is very open to any new teaching instruments or techniques the volunteers can bring with them.

Morning Star is a Bangalore based project that focuses on caring for children. In existence since 1991, it now runs a home for 60 orphaned boys aged between 4 and 20 years old. A number of these boys are physically and mentally disabled. Under the care of Morning Star these boys receive accommodation, clothing and food. Crucially all the children are sent to good schools. The focus in Morning Star is on “self esteem, education and skills building”.

Morning Star is a centre for hope and learning that was formed in wake of the poverty and hopelessness that is faced by many children in Bangalore, a city where many children can be found living on the streets often being forced into child labour. Morning Star offers these children a home where they live together, interact and receive a good education. They are also provided with necessary tools for study and give a chance to move on to further study or enter employment.

The SERVE volunteers who have previously been placed with Morning Star have worked in the mornings with the children with mild to severe disabilities, helping to care for them – washing, feeding, changing them and also organising some games or activities for the kids. In the afternoons, when the other children would return from school they could be involved in organising games and assisting with homework. Any skills or experience, specifically working with children with disabilities or in education have worked particularly well here.

Summanahalli is a leprosy and HIV rehabilitation centre in Bangalore. This centre works to fully integrate those who have been affected with leprosy into mainstream society through treatment, education and employment. In order to develop employment prospects they also actively educate and engage in skills training. Summanahalli realise the difficulties faced in full reintegration of those who have suffered with leprosy and has established three manufacturing units which produces candles, leather goods and garments.

Sumanahalli also provides services for those with HIV by providing both Anti-Retroviral Therapy (ART) treatment/rehabilitation and life-skills training for people under its care. In addition, education is provided for children sufferers.

Sumanahalli is a 60 acre site and is composed of:

As Sumanahalli is such a vast, wide-ranging project past SERVE Volunteers have been involved in many different aspects of the project, from working in the leprosy clinic, to working in the school, to working with the young people in ‘Echo’. The project welcomes a wide variety of volunteer skills and experiences. Since the project is so vast the volunteers would need to have good initiative and a strong willingness to get involved wherever they can.

Divyarakshaka Social and Charitable Society and the Mother and Child Foundation, Kerala

India has many challenges when it comes to mental illness. Many mentally ill persons in India have been rejected by their families or excluded from their communities as a result of the terrible stigma that is associated with mental illness in India. Divyarakshaka is a social and charitable, society based approximately 4km from the small town of Thodupuzha in Kerala state. Divyarakshaka works to care for mentally ill men who have fallen victim to the stigma of mental illness which has rendered them homeless and has excluded them from their families and communities.

At the Mother and Child foundation, which is situated approximately 1km from Divyarakshaka, a home is provided for women and children. These women are often single mothers or mothers abandoned by their husbands and families, who are unable to look after themselves, and would otherwise be living on the streets. Some of these women also have mental disabilities. Many of the children are orphans who would otherwise be homeless. Mother & Child Foundation works to provide shelter, education and skills training to these groups.

In both Mother and Child Foundation and Divyarakshaka, SERVE is working to implement best practice in the area of child protection and those suffering from mental illness. SERVE also supports advocacy initiatives to help change attitudes towards those with mental illness and also single mothers and their children.

The SERVE volunteer group have travelled as a group in the past to Kerala and worked there with both organisations, doing physical work (painting, building, refurbishing) as well as educational and recreational work.

If you are interested in financially supporting these projects in India we would be very grateful of any donation you can make. 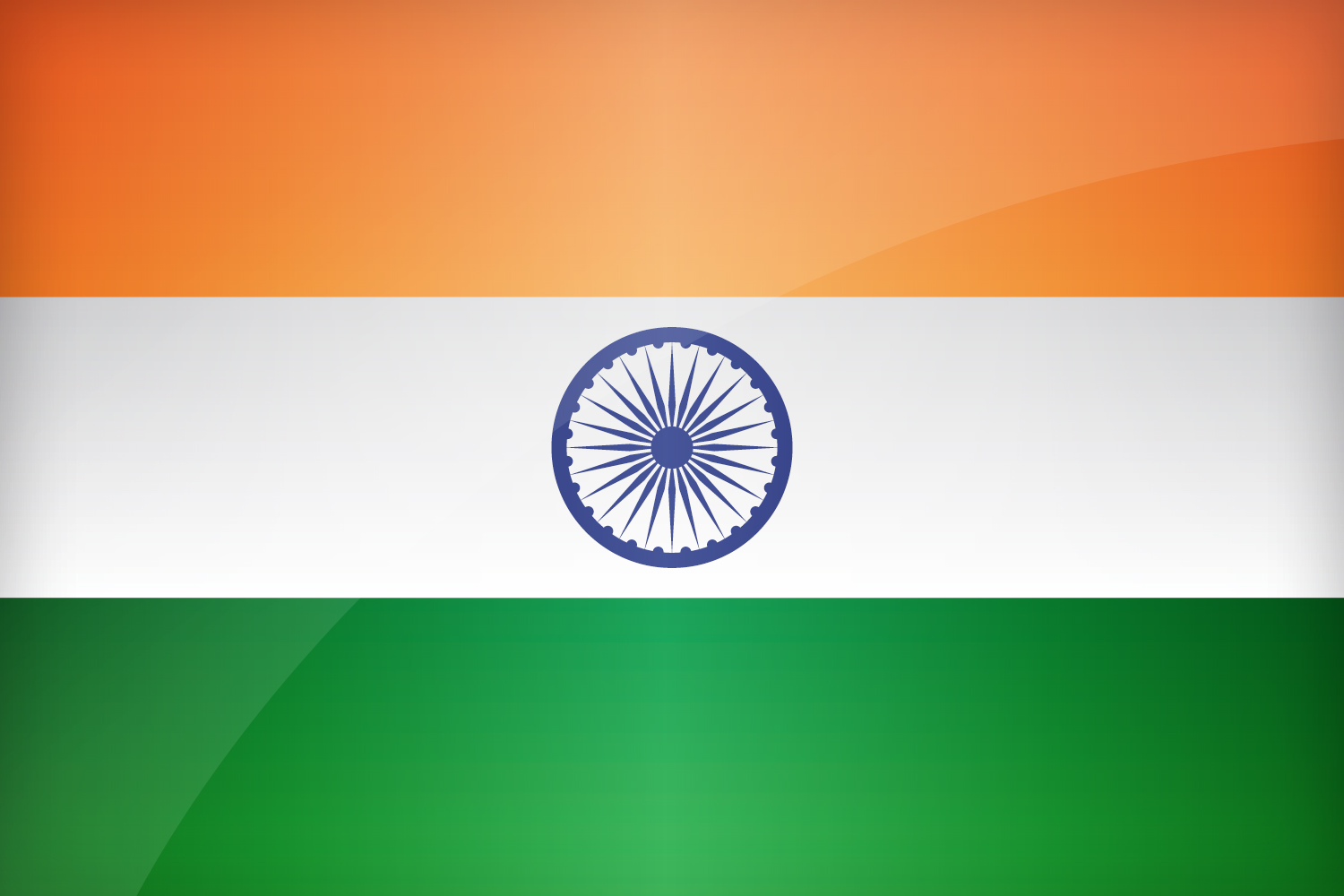 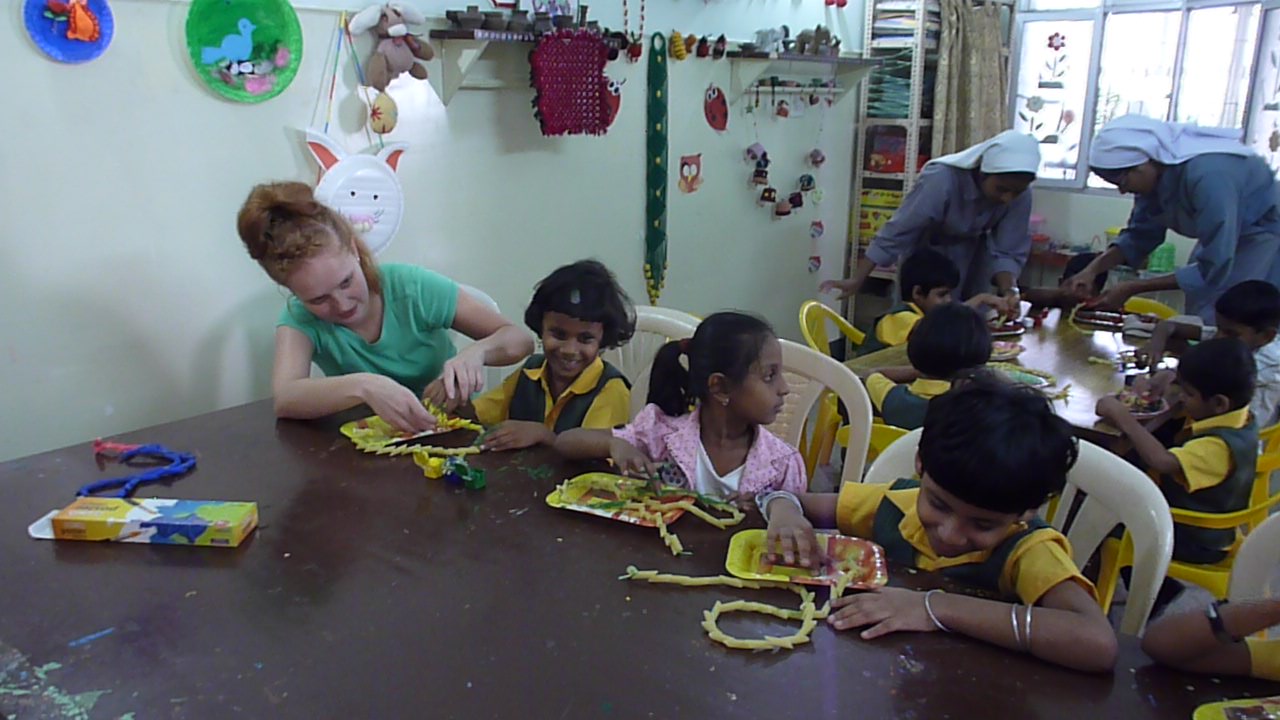 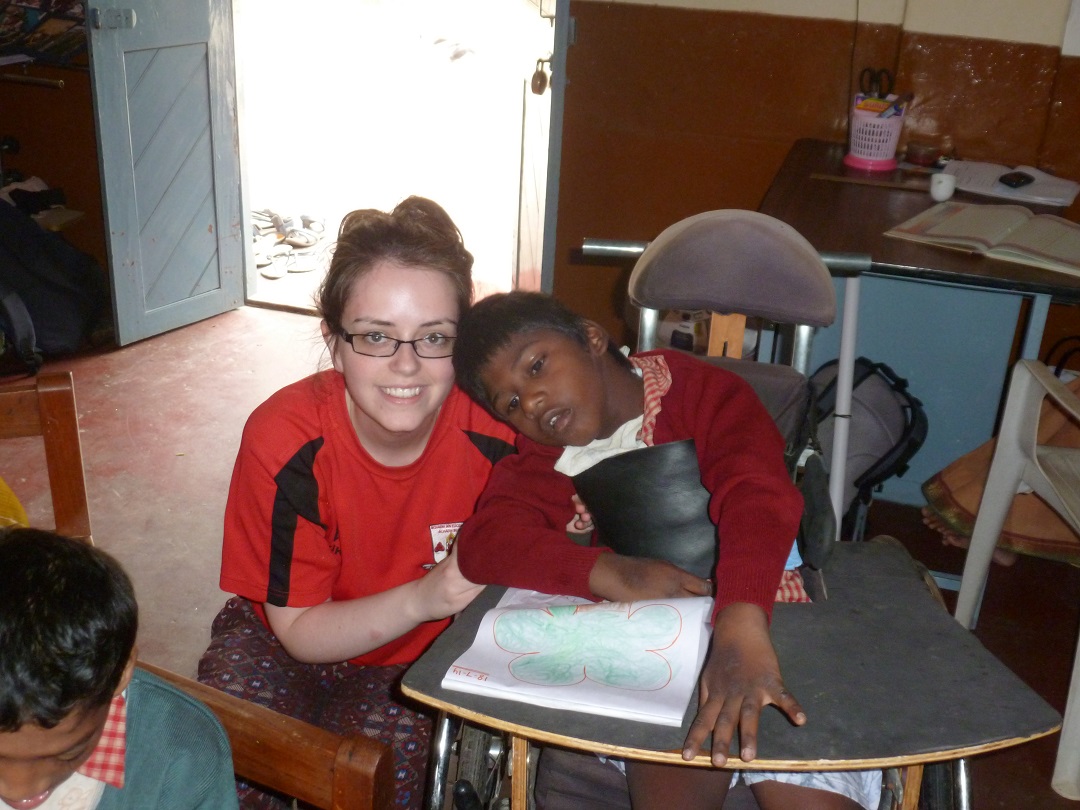 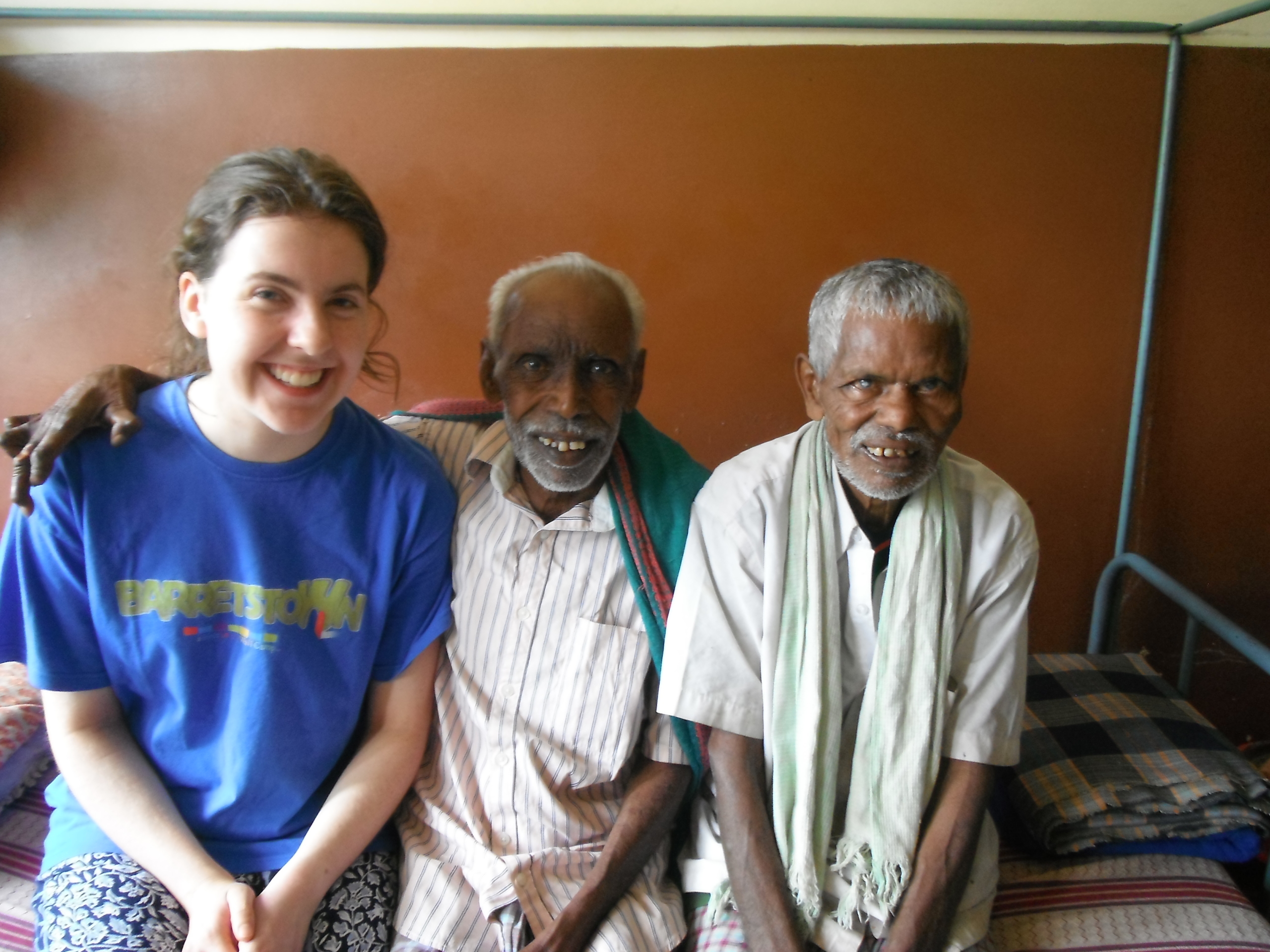 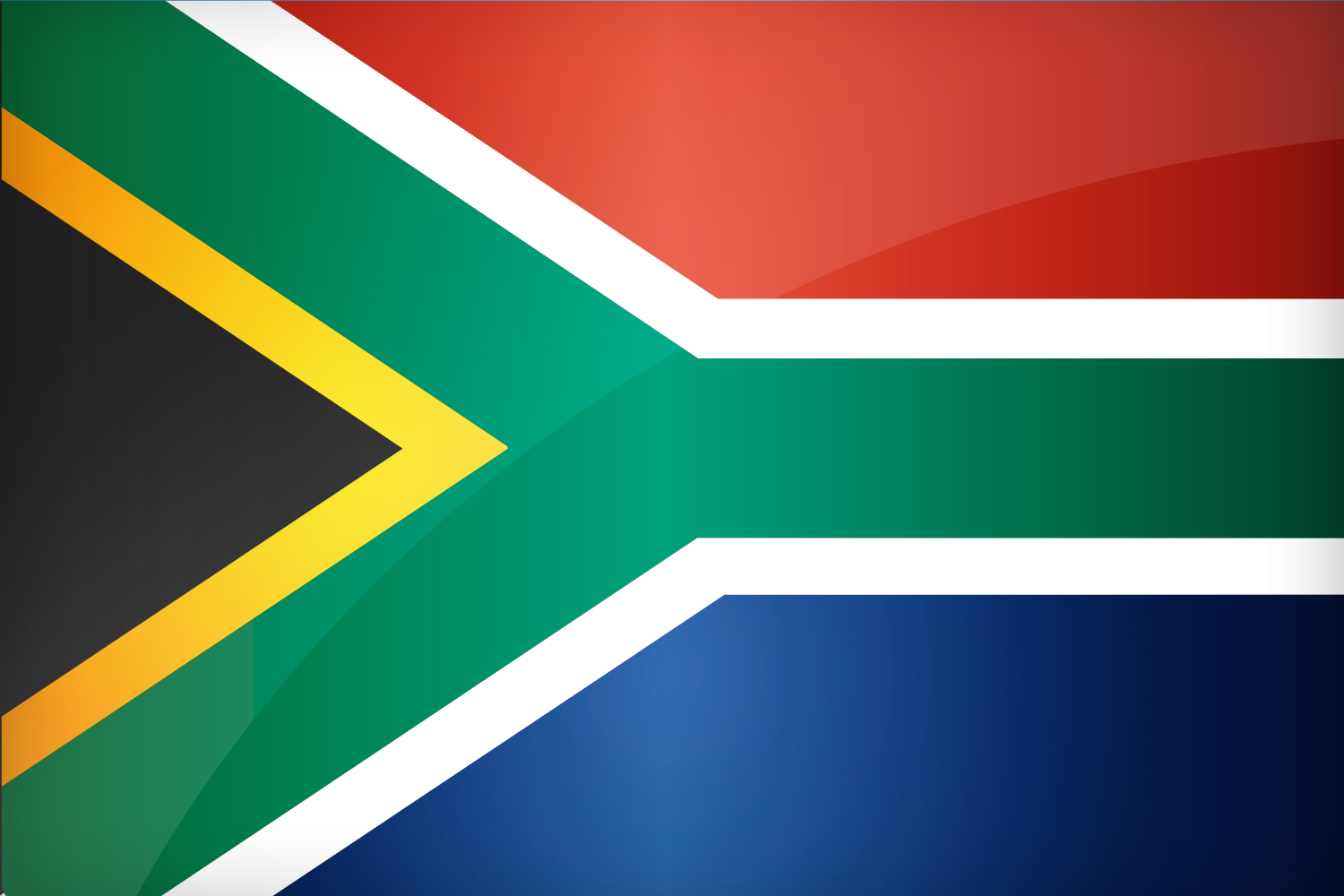 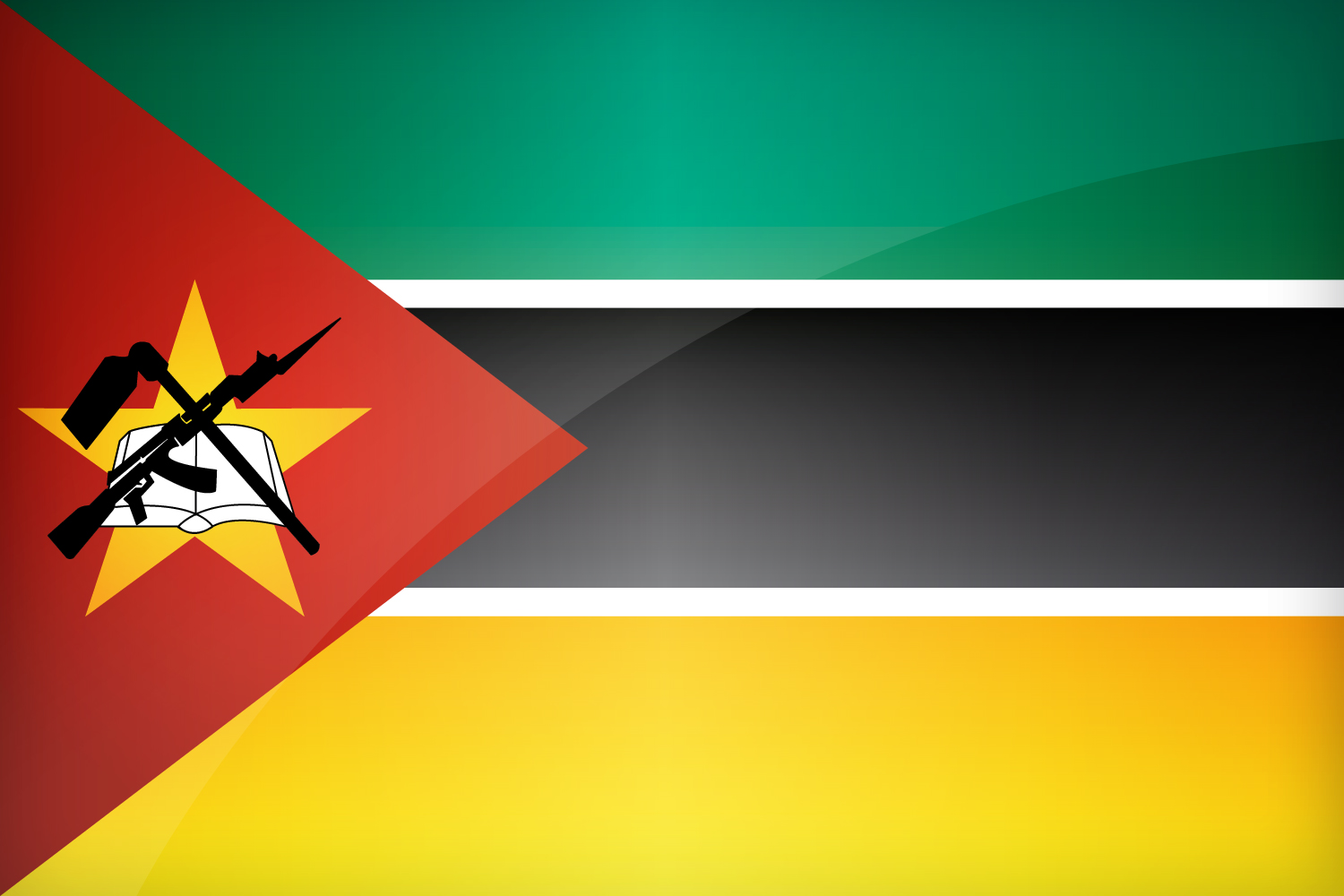 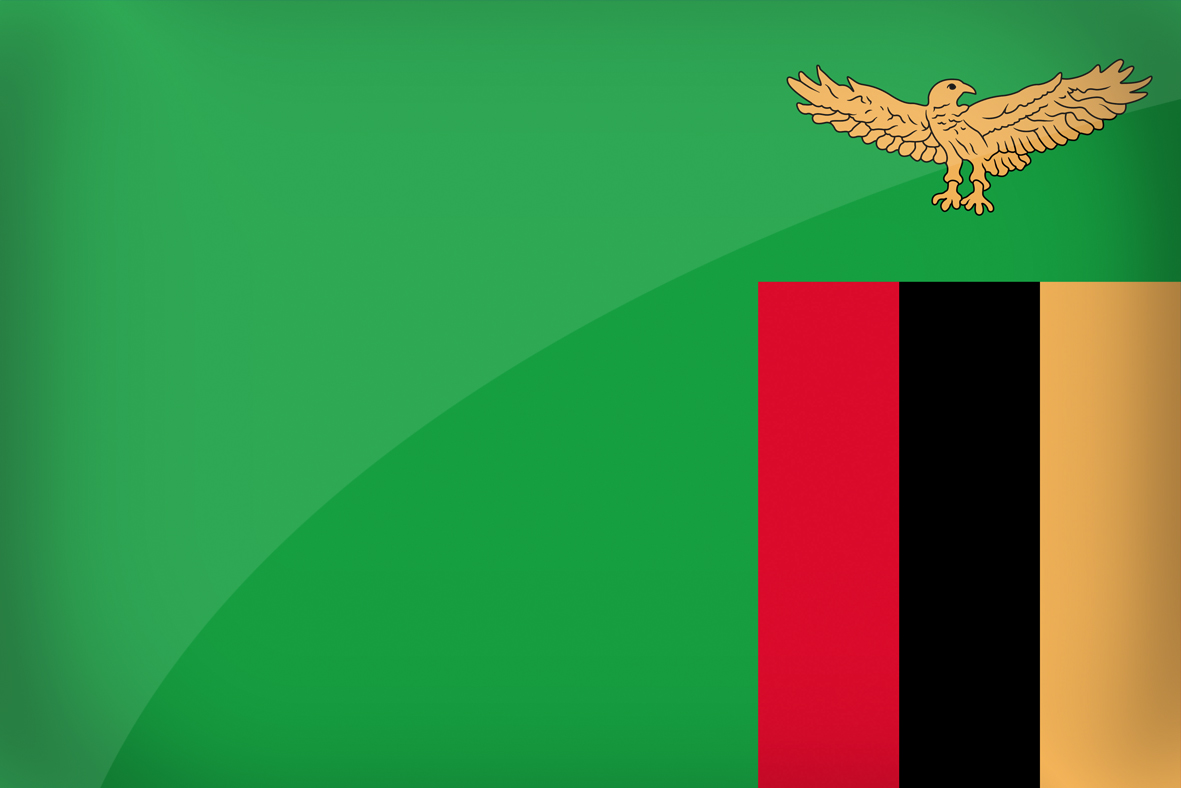 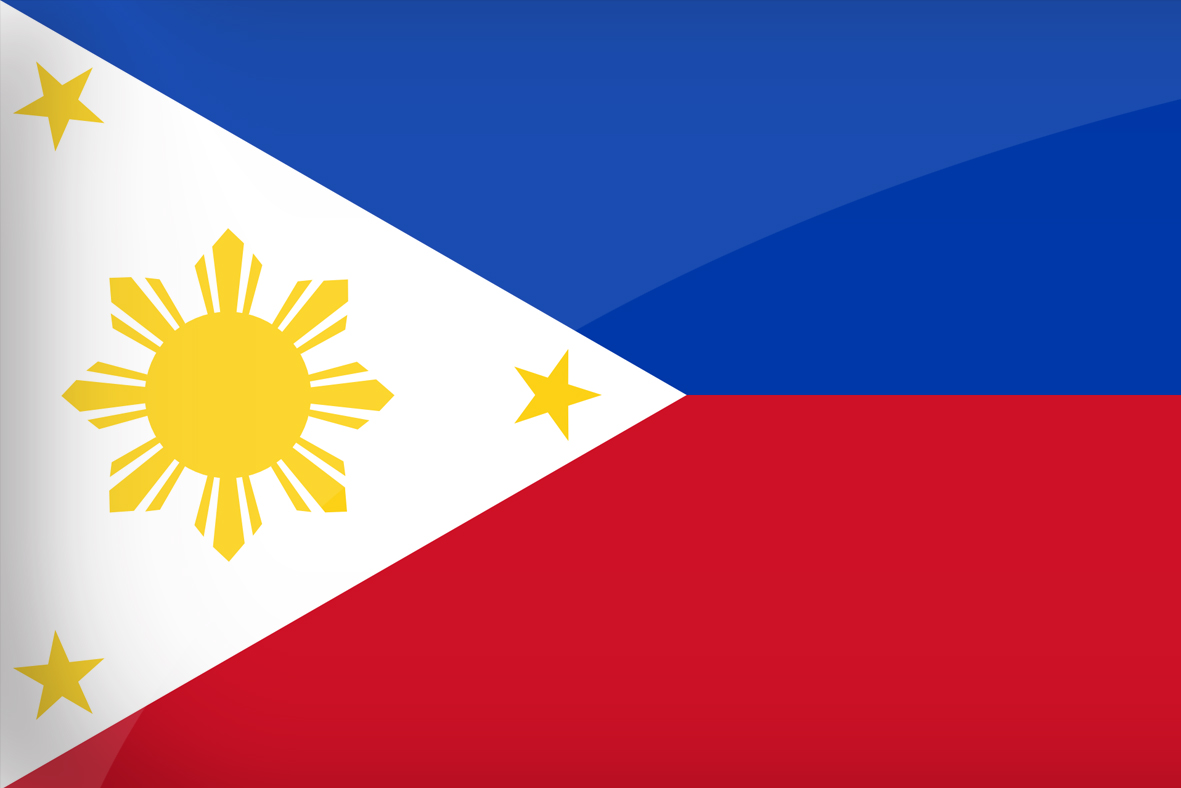 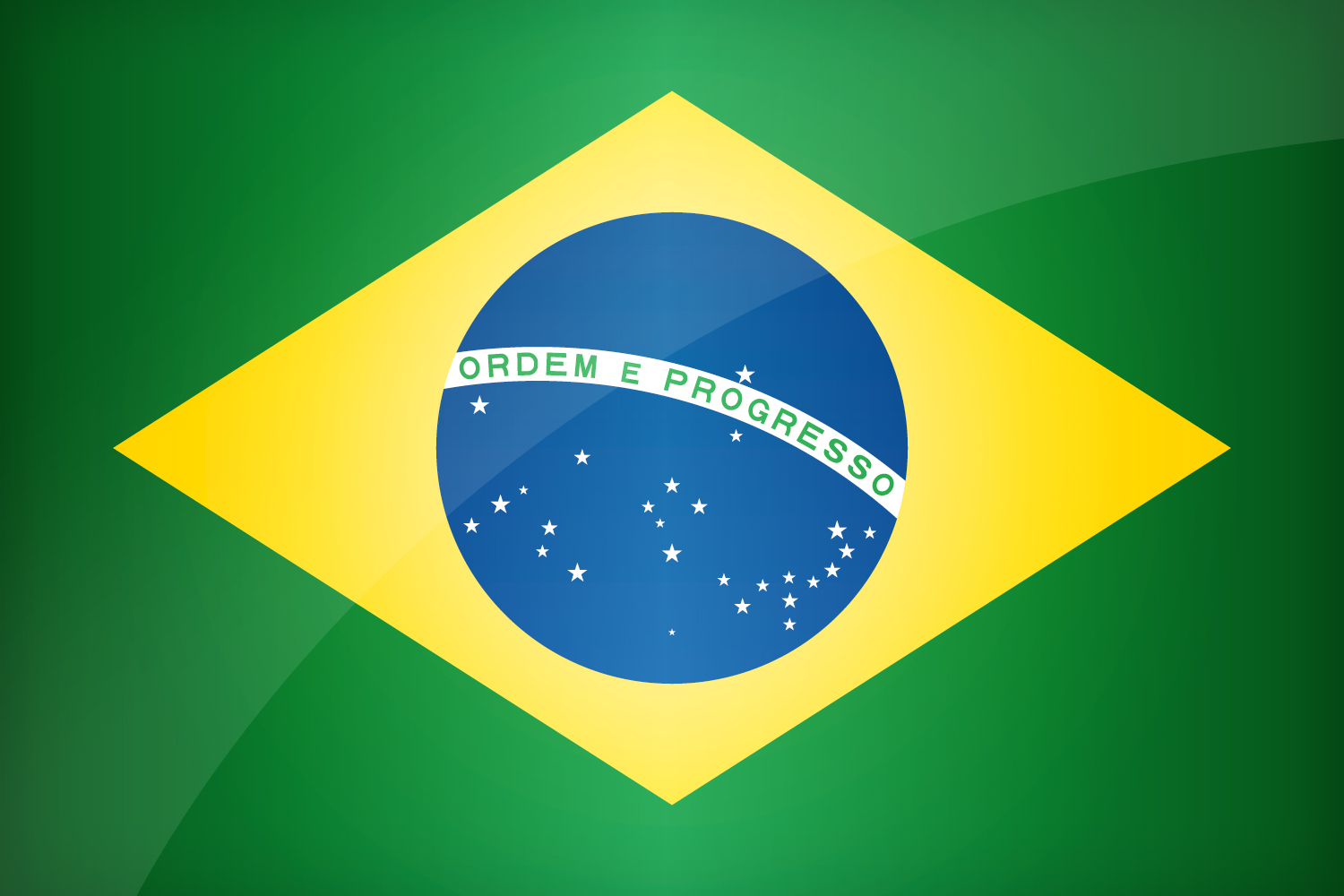 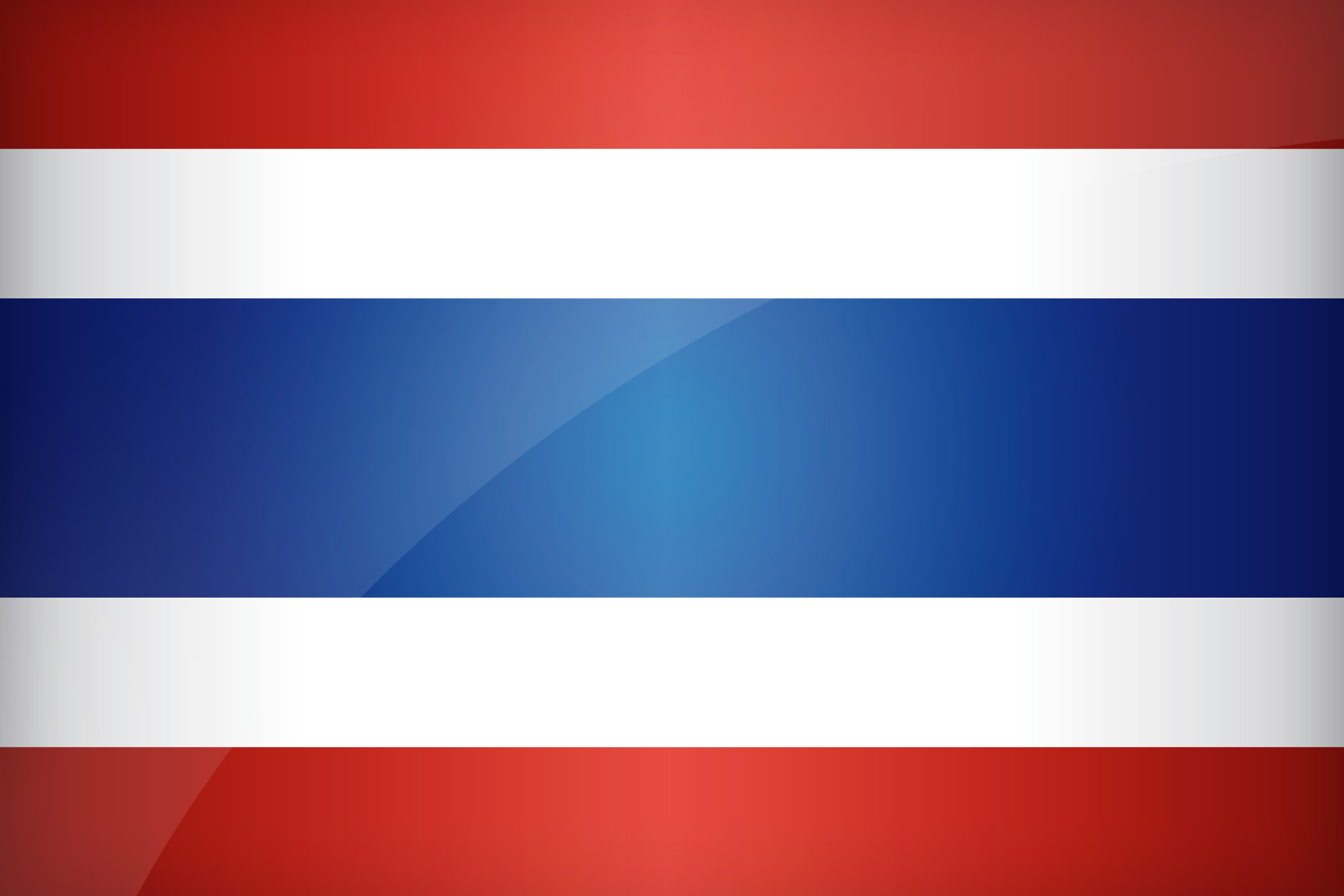 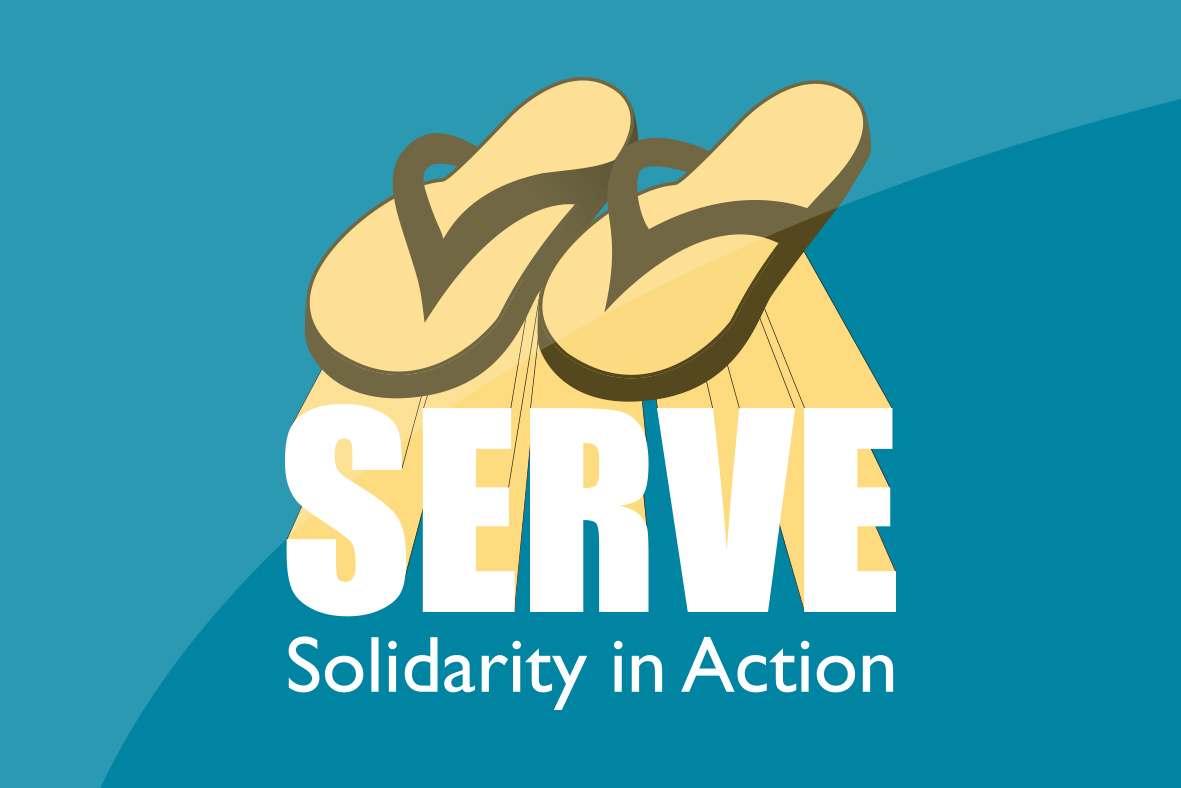